NEW ORLEANS, May 25, 2021 /PRNewswire/ -- A new survey from Mitch Landrieu's E Pluribus Unum (EPU) organization finds support from Southerners, regardless of race, for major police reforms now one year after the murder of George Floyd sparked a new, national conversation on systemic racism and policing. Still attitudes and perceptions about the police, systemic racism, and the public protests after the murder continue to diverge sharply along racial and partisan lines in the American South. Notwithstanding some divergent views, a majority of white, Black, and Latino respondents believe lawmakers have not done enough to address the killing of unarmed Black people and other people of color by police officers. 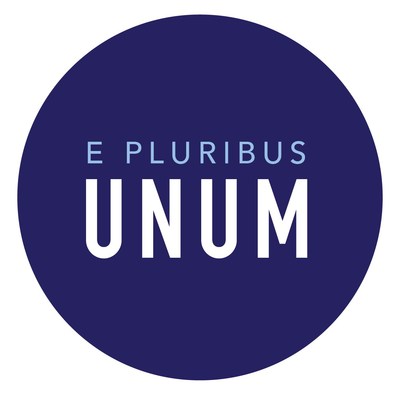 One year after George Floyd's murder, EPU commissioned the 1,200-person survey (400 Black respondents, Latino respondents, and white respondents each) to track attitudes on systemic racism in policing and police reforms in the South. This is the fourth in a series of EPU surveys looking deeply at issues of race and systemic racism focused on the American South. To view the survey's key findings, comprehensive analysis, and topline results, visit https://www.unumfund.org/policereformsurvey2021/.

"One year after the murder of George Floyd, southern communities and the nation as a whole are still reckoning with the pervasive nature of systemic racism, particularly in policing and criminal justice," said Mitch Landrieu, founder, and president of E Pluribus Unum and former mayor of New Orleans. "On the positive side, there is clear support for major police reforms that can keep communities safe, hold police accountable, and address the systemic racism in policing. But this survey also underscores the hard work that needs to continue in educating and informing white and Latino audiences on the scope and scale of systemic racism that blocks the South and our nation from achieving true justice and opportunity for all Americans."

As has been in the case with past surveys, the largest divides continue to be the different views between Black and white adults, while Latino adults' attitudes tend to fall in the middle. Depending on the issue, there are many instances  particularly on questions related to systemic racism  where Latino Southerners' views are closer to white Southerners than Black Southerners. There are additional notable dynamics based on gender, partisanship, age, and level of education.

Landrieu closed, "Despite the many divisions and clear challenges to bridge racial differences, the survey reveals a pathway forward on police reform that will keep our citizens safe and ensures respect for all of us. Our work at the local, state, and federal levels will continue to provide policy makers the tools they need to address systemic racism in policing and close these gaps."

E Pluribus Unum's policy and advocacy team has prioritized police reform as an area of focus, advocating for the George Floyd Justice in Policing Act in Congress as well as various reform and accountability measures at the state and local level across the 13 southern states. In addition to state level advocacy, EPU recently released a policy brief and case study on a duty-to-intervene policy pioneered in New Orleans named EPIC.

A comprehensive analysis, key findings, and topline results of the E Pluribus Unum's police reform survey is available at https://www.unumfund.org/policereformsurvey2021/.

GBAO Strategies of Washington, D.C. conducted the survey on landlines, cellphones, and text-to-web from May 14-18, 2021. The margin of error for each racial group is +/- 4.9 percentage points at the 95 percent confidence level.

ABOUT E PLURIBUS UNUM
Founded by former New Orleans Mayor Mitch Landrieu in 2018, E Pluribus Unum (EPU) is a nonprofit, nonpartisan organization whose mission is to build a more just, inclusive and equitable South, uprooting the barriers that have long divided the region by race and class. EPU's focus is on cultivating and empowering courageous leaders who are focused on racial equity, changing the divisive narratives that perpetuate systemic and interpersonal racism and championing transformative policy change. To learn more, visit www.unumfund.org.